From https://www.ssa.gov/history/ssn/misused.html (Don't actually try to use this SSN)

The most misused SSN of all time was (078-05-1120). In 1938, wallet manufacturer the E. H. Ferree company in Lockport, New York decided to promote its product by showing how a Social Security card would fit into its wallets. A sample card, used for display purposes, was inserted in each wallet. Company Vice President and Treasurer Douglas Patterson thought it would be a clever idea to use the actual SSN of his secretary, Mrs. Hilda Schrader Whitcher.

The wallet was sold by Woolworth stores and other department stores all over the country. Even though the card was only half the size of a real card, was printed all in red, and had the word "specimen" written across the face, many purchasers of the wallet adopted the SSN as their own. In the peak year of 1943, 5,755 people were using Hilda's number. SSA acted to eliminate the problem by voiding the number and publicizing that it was incorrect to use it. (Mrs. Whitcher was given a new number.) However, the number continued to be used for many years. In all, over 40,000 people reported this as their SSN. As late as 1977, 12 people were found to still be using the SSN "issued by Woolworth."

Mrs. Whitcher recalled coming back from lunch one day to find her fellow workers teasing her about her new-found fame. They were singing the refrain from a popular song of the day: "Here comes the million-dollar baby from the five and ten cent store."

Although the snafu gave her a measure of fame, it was mostly a nuisance. The FBI even showed up at her door to ask her about the widespread use of her number. In later years she observed: "They started using the number. They thought it was their own. I can't understand how people can be so stupid. I can't understand that."

NOT THE ONLY ONE
The New York wallet manufacturer was not the only one to cause confusion about Social Security numbers. More than a dozen similar cases have occurred over the years--usually when someone publishes a facsimile of an SSN using a made-up number. (The Whitcher case is far and away the worst involving a real SSN and an actual person.)
One embarrassing episode was the fault of the Social Security Board itself. In 1940 the Board published a pamphlet explaining the new program and showing a facsimile of a card on the cover. The card in the illustration used a made-up number of 219-09-9999. Sure enough, in 1962 a woman presented herself to the Provo, Utah Social Security office complaining that her new employer was refusing to accept her old Social Security number--219-09-9999. When it was explained that this could not possibly be her number, she whipped out her copy of the 1940 pamphlet to prove that yes indeed it was her number!
Ssn, Identity 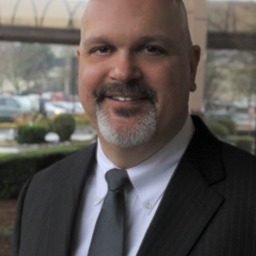 Seattle Sports, Technology, News, Humor and Really Anything Else I Want To Post. Check out www.kylewelsh.com for additional content